Professor Gillian Rose joined the School of Geography and the Environment in 2017, moving here from The Open University. She was Head of School from 2019 to 2022.

Gillian is a cultural geographer. Although her empirical research interests have shifted over time, a central theme has been the techniques and politics of knowledge production about places. Her longest-running project is the book Visual Methodologies: An Introduction to Researching with Visual Materials; its fifth edition was published in 2022.

Gillian's first book was Feminism and Geography: The Limits to Geographical Knowledge (1993). In it, she explored questions surrounding the politics of knowledge production in relation to the discipline of geography itself. The book is a poststructural critique of masculinist geographies and made a significant contribution to the emergence of feminist geography.

As part of the work for Feminism and Geography, she drew heavily on various feminist theorisations of visuality, and since then her work has been in dialogue with various aspects of contemporary everyday visual culture. She has written on community arts projects, family photography and the visual experiencing of urban places like high streets and shopping malls. More recently her work has focussed on the visual mediation of urban spaces by digital technologies.

Her interest in the intersection of digital technologies, visuals and urban spaces was sparked by an ESRC-funded project with Monica Degen and Clare Melhuish a decade ago, which was a two-year ethnographic study of computer-generated images and their role in the architectural design process. Subsequently she led the ESRC-funded project 'Smart cities in the making: learning from Milton Keynes', which explored a wide range of digital interventions in MK and how they intervened in the social geography of the city. This work culminated in a book co-authored with Monica Degen, The New Urban Aesthetic: Digital Experiences of Urban Change (2022).

Her current work has two focii. One is a project called 'Animating Urbanism'. It explores how the spatial and temporal organisation of cities is being shifted by various uses of digital visualising technologies, from augmented reality apps on smartphones to VFX effects in movies to the fly-throughs created for urban planners and developers. She is particularly interested in how different kinds of embodied experiences are produced in these visualisations. The open-access edited collection Seeing the City Digitally: Processing Urban Space and Time (2022) is the first contribution to this project.

The second is the research project on 'Trust and visuality: everyday digital practices'. Funded by the CHANSE ERA-NET Co-fund programme with the ESRC, which has received funding from the European Union's Horizon 2020 Research and Innovation Programme (Grant Agreement no 101004509), and led by Professor Katrin Tiidenberg at the University of Tallin, Estonia, it is a 3-year qualitative research project looking at health-related images on social media. It examines what images are trusted by young people across Europe, how health influencers try to create trust-worthy images, and what role the different platform affordances play. Follow TRAVIS on Twitter @researchTRAVIS.

Professor Gillian Rose contributes to a number of undergraduate and postgraduate modules in the School. 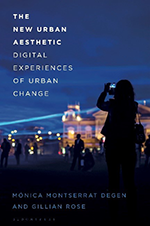 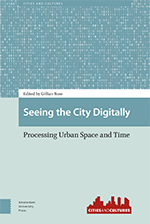 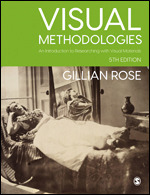 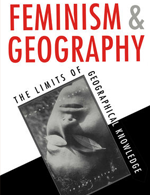