Professor of the Human Geography of China

Anna joined the School of Geography and the Environment in September 2009, jointly appointed by the School of Global and Area Studies (OSGA). She was promoted to Professor in 2018. She has a PhD in Social and Cultural Anthropology from Oxford University; an MA in Chinese Studies and a BA in Anthropology, both from the School of Oriental and African Studies, London. Before taking up her post in Oxford, Anna worked as a lecturer and research fellow in Contemporary Chinese Studies at the University of Manchester. She also previously held a Departmental Lecturership in the Modern Politics and Society of China at the Institute of Chinese Studies, University of Oxford.

Anna's research embodies a particular synergy between human geography, anthropology and the study of China and has focused on experiences of health, illness, environmental pollution, development and activism in the Chinese countryside. She is a keen supporter of long-term ethnographic field research and since 2004 she has carried out long periods of fieldwork in rural China. Anna has a long-standing interest in the various manifestations and implications of social reproduction and injustice, particularly as they relate to illness, pollution and other forms of discrimination. She is especially motivated to understand how injustices may become normalised and, conversely, the subtle ways in which individuals and communities may engage in various forms of activism to counter injustice.

Within this broad theoretical agenda, Anna's research has covered a diverse range of topics, including: how socio-politically situated perceptions of development and consumerism intersect with attitudes to health and pollution in the Chinese countryside; lay cancer aetiologies; home care for illness and attitudes to formal healthcare provision; how coexisting moral economies of subsistence and the market are articulated in everyday life; experiences of urbanisation and land loss; international flows of e-waste; resistance to waste incineration; the rise of citizen science in rural China; the production and contestation of knowledge around pollution; environmental health activism and the formation of 'environmental health subjects'.

Anna's current and future research continues to concern China but also expands to Chinese communities overseas, particularly in the UK and Europe and to the various lines of divergence and solidarity among them. Her current research interests include: a comparative study of environmental injustice and citizen science initiatives; the rise of veganism and vegetarianism in China; culturally, socially and politically embedded understandings of well-being and healing in China and among Chinese overseas communities; evolving communities of care and identification among overseas Chinese and the relative role of the arts, digital media and various forms of entrepreneurship as sources of creativity and empowerment in the aftermath of the COVID pandemic.

Anna is strongly committed to creating an inclusive and diverse workplace, supporting early career scholars and engaging with non-academic audiences and stakeholders. She is closely involved in initiatives to tackle bullying and harassment and to promote welfare and wellbeing at work, and continues to serve as a mentor to several staff and students. Having grown up in the Dolomites, she is an enthusiastic forager of everything from mushrooms to nettles. She enjoys growing vegetables, baking sourdough and she is a keen anti-waste advocate (and supporter of Oxunboxed). She lives in Oxford with her partner and two young children.

Anna's first monograph Fighting for Breath: Living Morally and Dying of Cancer in a Chinese Village is based on a total of 18 months of fieldwork in rural north-east Sichuan province starting in 2004. It is the first book-length ethnography to offer a bottom-up account of how families strive to make sense of cancer and care for sufferers in contemporary rural China. It explores lay perceptions of illness causality and everyday practices of care as prisms to understand how relationships with family members, locality and the state are reproduced or contested since the socio-economic reforms. Her second monograph, Resigned Activism: Living with Pollution in Rural China (2017, MIT Press) draws on fieldwork in three sites undertaken in collaboration with colleagues and on a close analysis of Ajiang Chen's work on 'cancer villages' to examine the complex spectrum of local responses to pollution. Anna also edited a special collection for The China Quarterly on 'Dying for Development: Pollution, Illness and the Limits of Citizens' Agency in China' (2013) and co-edited a special section of the journal AREA on 'Peering Through Loopholes, Tracing Conversions: Remapping the Transborder Trade in Electronic Waste' (2015, with Peter Wynn Kirby). Her research has appeared in Social Anthropology, The China Quarterly, The China Journal, The Journal of Contemporary China, Evidence and Policy, The Pace Environmental Law Review, World Development, Positions, and AREA.

Since 2006, her interests in cancer and in the mutual relationship between health, human activity and environment have led Anna to focus more closely on pollution in rural China, and she has organised and taken part in several interdisciplinary workshops on these topics. In 2012 Anna was awarded a Leverhulme Trust Research Fellowship to fund a year of research and work on her second monograph. In 2014 she spent a month at the Rockefeller Foundation Bellagio Center continuing work on the book. In 2013, Anna was awarded Philip Leverhulme Prize in Geography which has supported her research on pollution, health and activism in rural China and the development of new projects. She was director of a Leverhulme Trust Project on 'Circuits of Waste and Value: Making E-waste Subjects in China and Japan' (£322,557) which built on previous research with Peter Wynn Kirby funded by a John Fell Award Award and in collaboration with Prof Li Liping at Shantou University. She was also co-investigator (with Thomas Johnson and Jixia Lu) on the project 'Coalitions of the "weak": fighting pollution at China's rural-urban interface', funded by Hong Kong Research Grants Council (HK$457,168). Her past research was supported by the Leverhulme Trust, the British Academy, the Arts and Humanities Research Council, the British Inter-University China Centre (phase 1 and 2) and the Social Science Research Council.

Quoted in the media 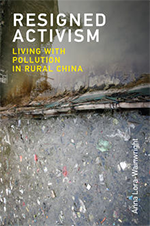 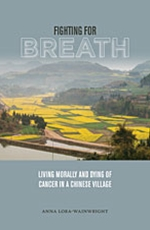