read more + Leverhulme Trust awards £10 million to new Oxford nature recovery centre A new £10 million Oxford-based Leverhulme Centre for Nature Recovery has today [10 Jan] been announced - one of three UK centres established with a hotly-contested Leverhulme Trust 2021 award. On top of the 10-year Leverhulme funding, the centre, led by Professor Yadvinder Malhi, will receive £5 million in co-funding from the University of Oxford, which will support fundamental cross-disciplinary research.
30/11/21 30 November 2021 - read more + Satellites reveal Ethiopian elephants under threat Tens of thousands of illegal human settlements pose a real threat to the continued existence of an endangered elephant population, according to satellite analysis of the Babile Elephant Sanctuary in eastern Ethiopia by University of Oxford researchers and the Born Free Foundation.
11/10/21 11 October 2021 - 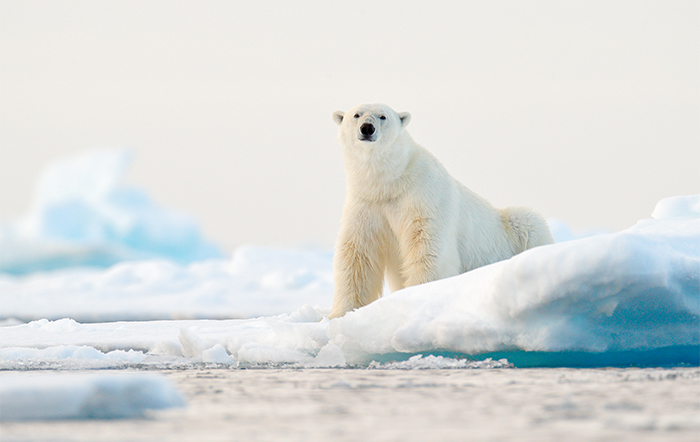 read more + The natural world is critical to climate - Professor Yadvinder Malhi The living world is not a sideshow in the climate debate. Our climate benefits from a healthy and flourishing biosphere, just as ecosystems and the diversity of living organisms depend on climate.
07/09/21 7 September 2021 - 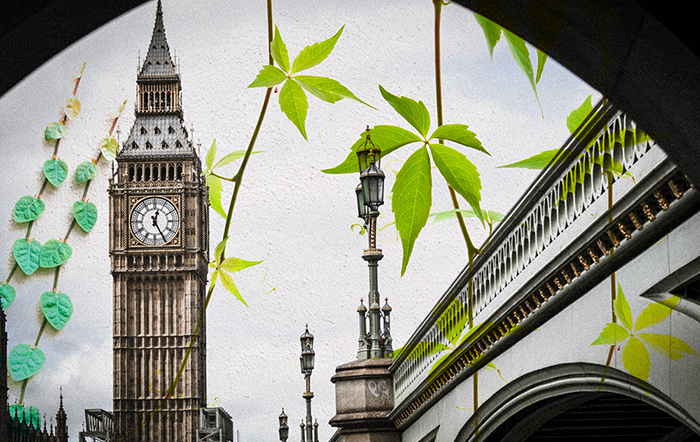 read more + As nature climbs up the political agenda, how can researchers better engage with policy on biodiversity? Researchers from the University of Oxford's School of Geography and the Environment, Jasper Montana, Rosaria, Trisha Gopalakrishna and E. A. Welden, explore how academics can help inform policy on biodiversity following a series of three seminars and a workshop in early Summer 2021, which brought together academics from across the Oxford Biodiversity Network to share their experience working with policymakers.
09/08/21 9 August 2021 -

read more + Earth will hit 1.5°C climate limit within 20 years, says IPCC report Scientists from across the world including ECI Associate Director Friederike Otto contributed to the IPCC's sixth assessment report, released today. The findings have been described as the starkest warning yet, with earth likely to hit the 'critical threshold' of 1.5 degrees warming within twenty years without decisive action. By 2100, in a worse case scenario, the earth would have warmed by 4.4 degrees and the consequences for life on earth would be devastating. In a best-case scenario, sustained action would see net zero achieved and warming limited to 1.4 degrees by 2100. Dr Otto was a leading author of the report.
24/06/21 24 June 2021 -

read more + Splendid Isolation or Fish out of Water? With Brexit, British fishing grew from a tool of the political class to a determinant of constitutional and political affairs, suggests a new interdisciplinary paper by Aadil Siddiqi, current MSc in Biodiversity, Conservation and Management student.
09/06/21 9 June 2021 - 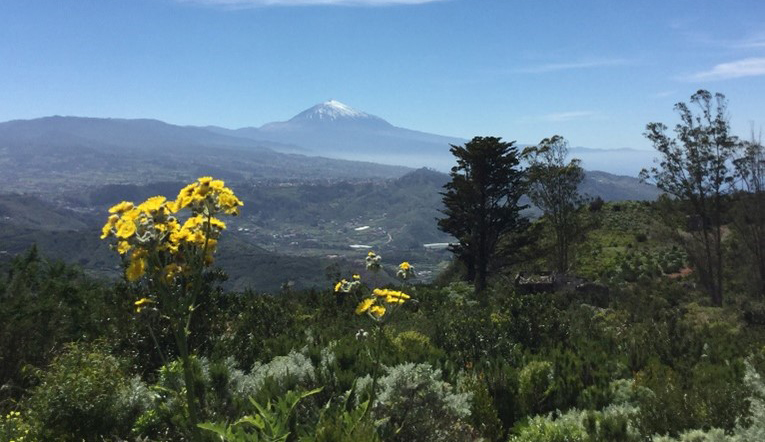 read more + Evolutionary winners are ecological losers among oceanic island plants Evolution of multiple species from a single colonizer is something that has happened repeatedly on oceanic islands. Such radiations, can lead to tens or even hundreds of distinct species, often occupying a range of very different habitats with the expectation that these 'evolutionary winners' will be species so well-tuned to their island environments that they should also be locally successful and abundant. In a new study in Journal of Biogeography, an international team including Prof Rob Whittaker, has shown that it may not be so simple.
13/05/21 13 May 2021 - 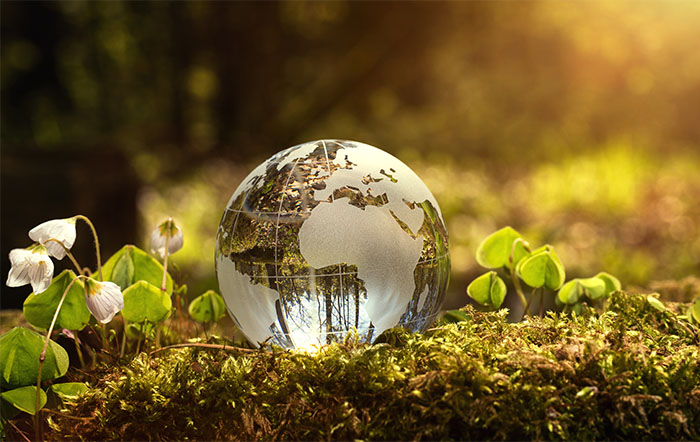 read more + Natural climate change solutions highly effective long term - Oxford research Nature-based solutions (NbS) can contribute to the fight against climate change up to the end of our century, according to new Oxford research in the leading scientific journal Nature. The analysis suggests that, to limit global temperature rise, we must slash emissions and increase NbS investment to protect, manage and restore ecosystems and land for the future.
04/05/21 4 May 2021 - 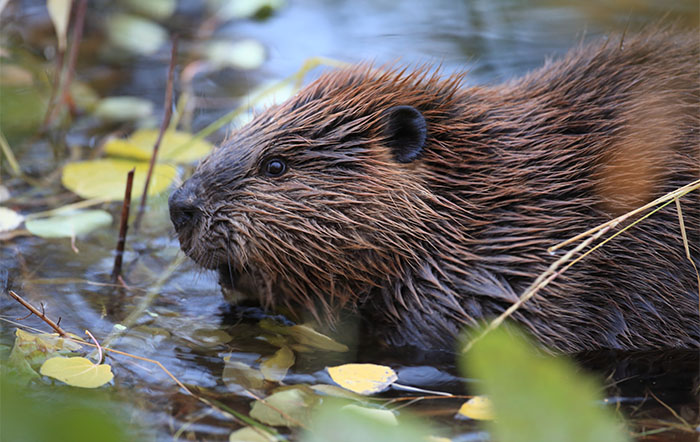 read more + Nature must be a partner, not just a provider of services - Oxford report Nature based Solutions (NbS) could support transformative change in environmental sustainability - to address major societal challenges, including the climate crisis - according to a new paper from Oxford researchers.
30/04/21 30 April 2021 -

read more + Study reveals extent of human impact on the world's plant-life Research has shed new light on the impact of humans on Earth's biodiversity. The findings suggest that the rate of change in an ecosystem's plant-life increases significantly during the years following human settlement, with the most dramatic changes occurring in locations colonized in the last 1500 years.
23/03/21 23 March 2021 - 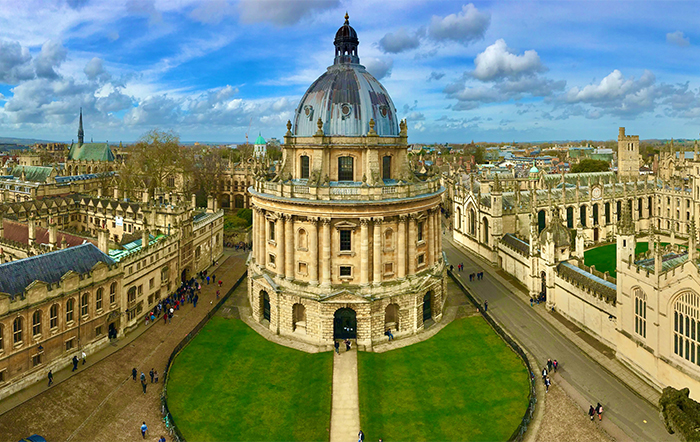 read more + Getting the message right on nature-based solutions to climate change Nature-based solutions can play a key role in helping to tackle the climate and nature crises, while delivering other benefits for people, according to a new paper today from the Nature-based Solutions Initiative (NbSI) at the University of Oxford - but it is vital to get the message right about how to deliver successful NbS and avoid potential pitfalls.
02/03/20 2 Mar 2020 - 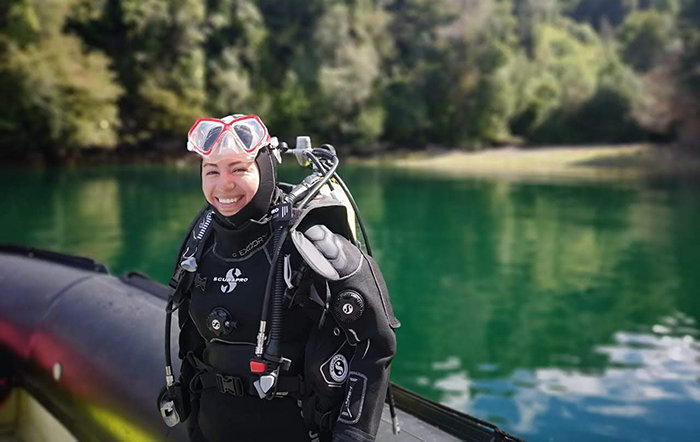 read more + A remote sensing algorithm to detect giant kelp forests in the world ocean Giant kelp (Macrocystis pyrifera) is the keystone species of one of the richest and most productive marine ecosystems on Earth, but detailed info on its distribution is entirely missing in some marine ecoregions, especially the high latitudes of the Southern Hemisphere. In a recent publication, an international team led by SoGE DPhil student Alejandra Mora-Soto, employed satellite imagery to detect giant kelp, validated it with drone imagery from multiple sites, and created the first global high-resolution map of giant kelp.
28/01/20 28 Jan 2020 - 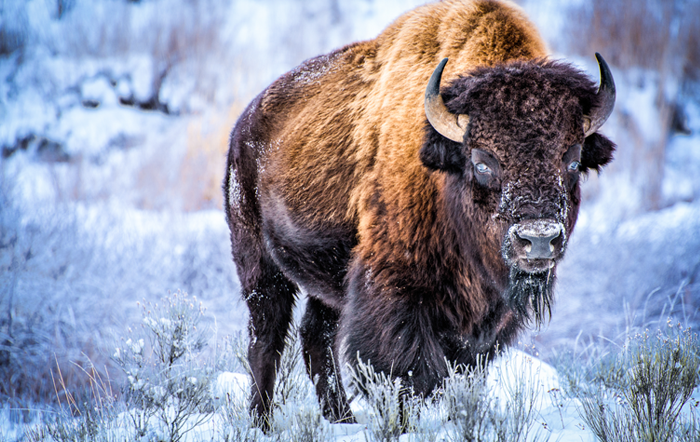 read more + Rewilding the Arctic could stop permafrost thaw and reduce climate change risks A new paper from the School of Geography and the Environment, and the Environmental Change Institute, suggests that wide-scale introduction of large herbivores to the Arctic tundra could be an economically viable way of restoring the 'mammoth steppe' grassland ecosystem and mitigating global warming.
10/12/19 10 Dec 2019 - read more + Oxford researchers launch a 21st century conservation plan Researchers at the University of Oxford, including SoGE doctoral research student Joseph Poore, and their collaborators have launched a new approach called the "Conservation Hierarchy" to support governments, businesses, individuals, communities and local authorities in their efforts to tackle the loss of nature in a coordinated way.
13/09/19 13 Sep 2019 - 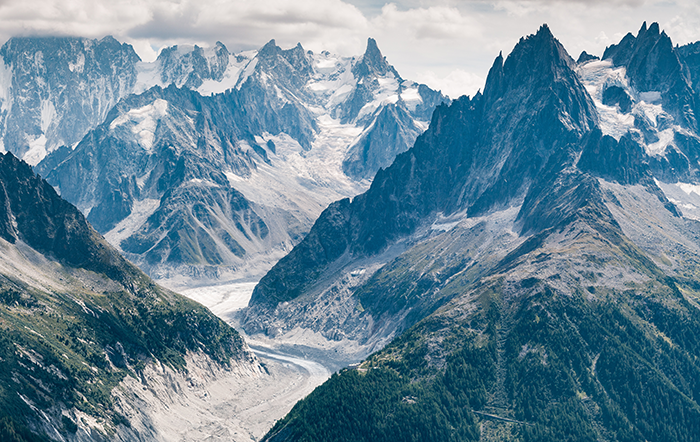 read more + Why is Earth so biologically diverse? Mountains hold the answer A pair of companion papers co-authored by Prof Rob Whittaker and published in Science reveal that mountain regions - especially those in the tropics - are hotspots of extraordinary and baffling richness.
19/08/19 19 Aug 2019 - 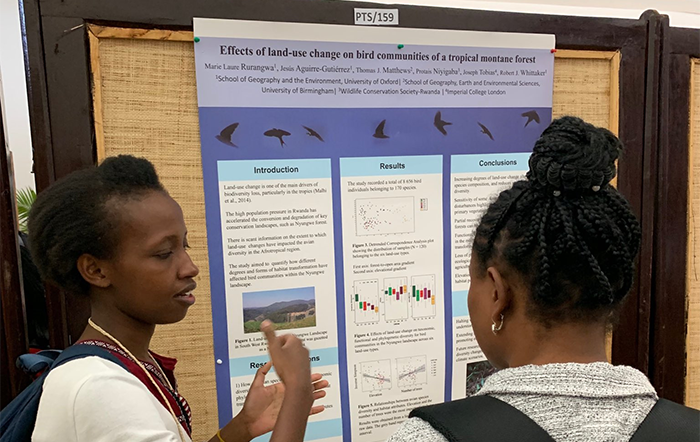 read more + Scientists discover, climb and describe the world's tallest tropical tree The tree was first spotted by researchers from the University of Nottingham, using an airborne Light Detection and Ranging Survey (LiDAR). ECI researchers and SEARRP partners then trekked out to Menara in August 2018 to conduct high-resolution 3D scans and drone flights, which have produced remarkable 3D visualisations of this amazing tree.
08/05/19 8 May 2019 - read more + Dr Pam Berry appointed by Defra Dr Pam Berry is one of six senior academic Fellows who will lead a new Systems Research Programme at Defra, looking at some of the UK's most pressing environmental issues to inform and shape future policy decisions. The Programme will focus on five key areas; Rural Land Use (which Pam will head), Food, Air Quality, Marine, and Resources and Waste.
26/04/19 26 April 2019 - 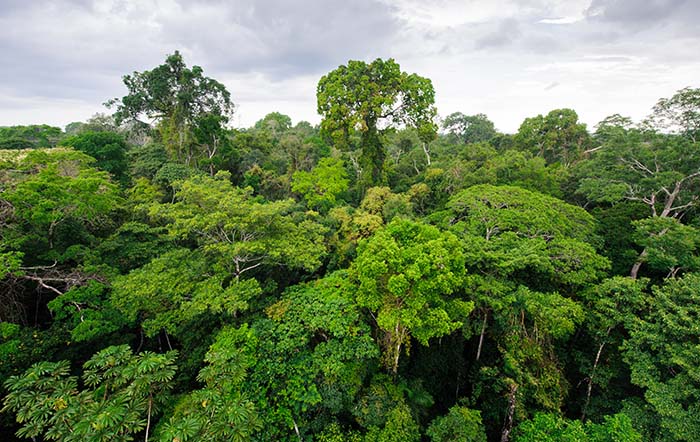 read more + Make EU trade with Brazil sustainable Prof Rob Whittaker, Dr Erika Berenguer and Dr Tara Garnett are amongst over 600 signatories to an open letter published in Science urging the EU to put human rights and the environment at the forefront of current trade negotiations with Brazil.
15/04/19 15 April 2019 - 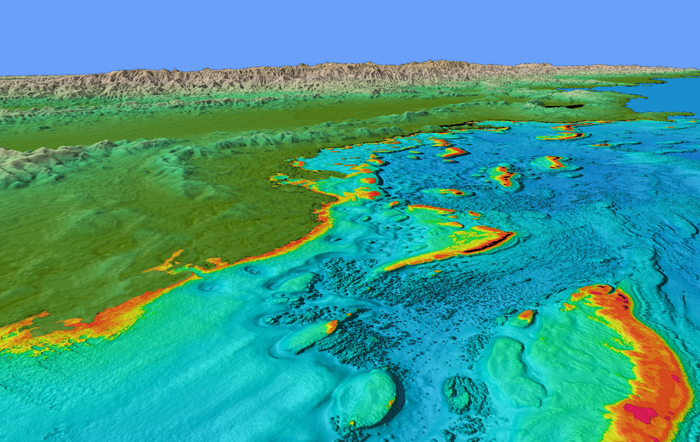 read more + Can remote sensing help us to protect coral reefs? The School of Geography and the Environment's Dr Lisa Wedding uses remotely sensed LiDAR (light detection and ranging) data to illuminate coral reef complexity and biodiversity. These cost-effective and accurate methods of identifying coastal "hotspots" are essential to effective management plans for marine protection and conservation, she says.
22/02/19 22 February 2019 -

read more + Dr Prue Addison receives MPLS Impact Award On 20th February 2019, Dr Prue Addison, Senior Research Associate in Biodiversity at SSEE and Knowledge and Research Exchange Fellow in the Dept of Zoology, was awarded the MPLS Impact Award for the work she has undertaken in her NERC Knowledge Exchange Fellowship which translated research on biodiversity measurement and management to support more responsible practice.
23/10/2018 23 October 2018 - 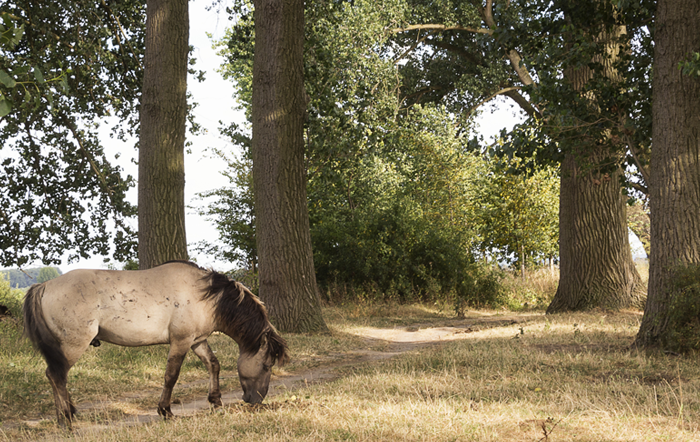 read more + The story of a recoverable earth For too long stories of 'doom and gloom' have been alienating people from the environmental movement, writes Paul Jepson. However Gelderse Poort in the Netherlands, where 'wilded' ponies and cattle were introduced and diverse ecosystems followed, provides us with a new hopeful environmental story, one "of the recovery of socio-ecological wellness".
25/07/18 25 July 2018 -

read more + The tropics at tipping point, new research warns Global biodiversity is at tipping point and on the verge of collapse, according to a major research collaboration. The team caution that urgent, concerted action is needed to reverse species loss in the tropics and prevent an environmental catastrophe.
24/07/2018 24 July 2018 - 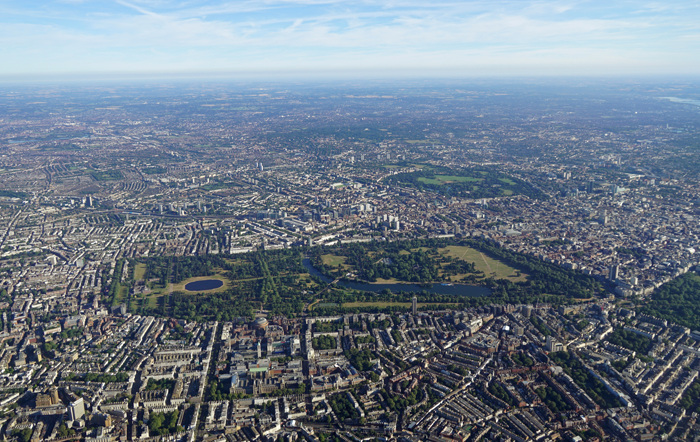 read more + London wants to become a 'national park city' - is that a contradiction in terms? Writing for the Conversation Dr Paul Jepson debates the recent alignment of the term "national park" with London. Instead of risking damaging the national park brand, he suggests that the city considers working towards becoming a UNESCO Biosphere Reserve.
11/07/2018 11 July 2018 - 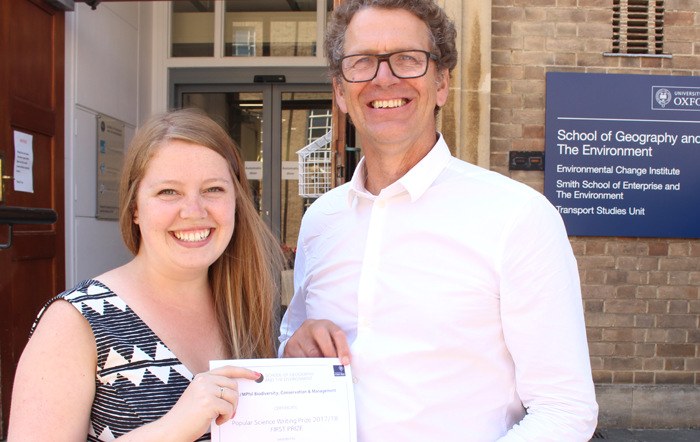 read more + Cathy Clegg (2017) presented with Biodiversity MSc Blog Prize The Biodiversity, Conservation and Management MSc/MPhil course has announced the winner of its first ever popular science writing prize as Cathy Clegg, for her blog entry 'Seal or Salmon? Sustainable meat with an adorable face'.
11/05/2018 11 May 2018 - read more + Sea Ice and Arctic Biota - Special edition published this week The impacts of the rapid melting of sea ice on arctic biota requires a new scientific framework, if we are to have a chance of protecting plant and animal ecosystems, says Dr Marc Macias-Fauria, co-editor of a special edition of Biology Letters.
11/05/2018 11 May 2018 - read more + Rewilding's next generation will mean no more reserves full of starving animals In an article in the Conversation, Dr Paul Jepson explores how the Oostvaardersplassen nature reserve in the Netherlands, an iconic example of "rewilding", is managed and how it might be renewed in the future.
13/02/2018 13 February 2018 -