A group of 14 graduate research students from the School of Geography and the Environment attended a week-long writing retreat in March of 2018.

The retreat was held at the Northcourt Manor home on the Isle of Wight. This was the second event of this type that has been coordinated by the department's postgraduate joint consultative committee.

The setting allowed for students to take advantage of the numerous walking trails and heritage in the surrounding area. The venue provided several working spaces, which allowed attendees to find a space that suited their working style. 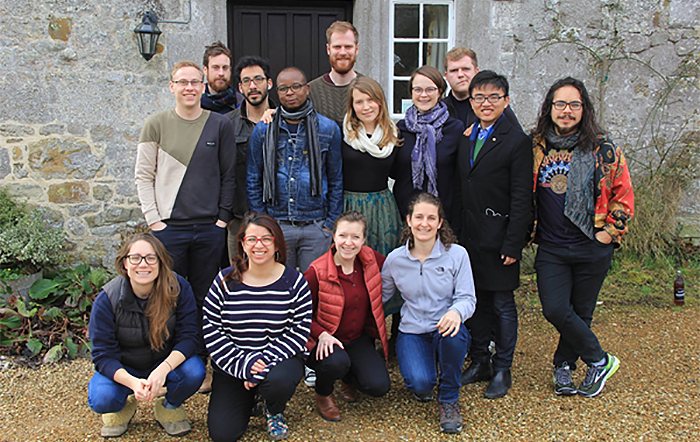 The idea for this event came from a discussion between a few members of the postgraduate joint consultative committee about different work and/or writing retreats that they had attended at other institutions. The general feeling was that events like this could contribute to both the productivity and well-being of participants, and encourage a greater sense of community amongst DPhil students in the department. Further, given the diverse experience and expertise of DPhil students, this could also represent an opportunity to promote research synergies in the department.

The retreat began with a presentation from each attendee introducing their research project and their aims for the retreat. Four days of intensive working followed this, during which attendees worked towards specific objectives that contributed to their thesis. It was noted by many that impromptu discussions in the evenings - especially during shared meals - highlighted the value of sharing with those around us the professional and personal challenges of graduate research.

One attendee remarked: "Many students are not able to work in the DPhil room or interact with other DPhil students as much as they would like, either due to lack of desks, fieldwork or family commitments, or other reasons. Yet this community is their biggest source of support. Many of us commented on how valuable it was to come together and really get to know each other and our work, in a supportive but focused environment."