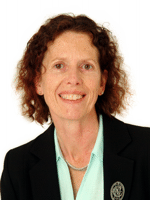 Professor Linda McDowell, Professor of Human Geography and Fellow of St John's College, has been appointed CBE for services to geography and higher education.

Professor McDowell is an economic geographer interested in the connections between economic restructuring, labour market change and class and gender divisions in the United Kingdom. She has been at the forefront in the development of feminist perspectives on contemporary social and economic change, as well as in the development of feminist methodologies and pedagogic practices. She has published widely in both geographical and feminist journals and is the author or editor of numerous books, including Capital Culture (Blackwell, 1997), Gender, Identity and Place (Polity, 1999), Redundant Masculinities? (Blackwell, 2003), Hard Labour: The Forgotten Voices of Latvian Volunteer Workers (UCL Press, 2005) and Working Bodies: Interactive Service Employment and Workplace Identities (Wiley-Blackwell, 2009).

Professor McDowell has a long-standing commitment to the diffusion of the social sciences and in her career to date has taught both conventional and adult students across a range of subjects, including social policy, urban and women's studies as well as geography. She is committed to encouraging students to read geography at university and is a member of the Equalities Committee at St John's College.

Commenting on the honour, she said: 'To be able to spend a career doing research into women and men's working lives has been a pleasure. In several universities I have collaborated with some inspiring scholars as well as taught a generation and more of students. This honour is for all of them as much as for me.'