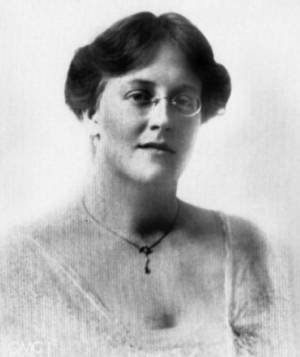 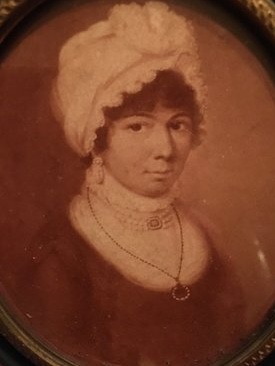 Dr Sneha Krishnan (Brasenose College, Oxford) and Dr Megan Robb (University of Pennsylvania) have been awarded a Fell Fund Grant to digitally archive the papers of two women whose lives – in the 18th and 20th century respectively - bookend Britain’s imperial presence in India and reveal interesting new perspectives on gender and Empire.

In 2017, by an accident of social media, Sneha Krishnan came across the living relative of Dorothy de la Hey (pictured, above right): an alumna of St Anne's College, Oxford, who was founding principal of the first women's college in Southern India. This chance online meeting led to her discovery of a family archive of Dorothy’s letters and papers, charting her travels to India in 1914 and her position as a College Principal, and as a significant figure in a transnational network of philanthropy that shaped women's education in colonial India. The College she established - Queen Mary's in erstwhile Madras, now Chennai - was for many years a prestigious educational destination for women from all over the country.

Thanks to the generosity of de la Hey's great nephew, Matthew, as well as a generous John Fell Fund grant, Dorothy de la Hey’s letters will be digitised for the catalogues of Oxford’s Bodelian Library. In addition to the de la Hey archive, the papers of Sharaf-un-Nisa Begum (pictured, above left) will be digitised and tell a story of one temporal end of the British Empire in India. Begum married an Englishman and travelled to Devonshire in 1770, and lived the remainder of her life among the British Aristocracy. Sharaf-un-Nisa's papers will be catalogued in the University of Pennsylvania libraries.

“Digitising these letters will allow this project to unpack the ways in which such personal connections engaged larger scale imperial formations,” Sneha explains. The project, entitled ‘Unstable Archives: Gender and Empire in South Asia’ will explore what relation ‘gender’ bears to Empire and to cultures of travel and mobility, as well as to projects of education, literacy and self-making. The collaboration represents an effort to engage these questions while asking how digitization shapes contemporary engagements with ‘gender’ in colonial contexts, particularly that of South Asia.

“These letters are a fascinating resource indicative of a history of encounter between Indian and British women within the uneven context of colonial rule. Megan and I are very excited that our project will make these materials - so far unavailable in a public archive - accessible to researchers everywhere. We are hoping to put together an edited volume of women's correspondence in colonial South Asia, as well as a journal special issue with conceptual papers on archives, digitisation and coloniality."